This Christmas the must-have gadget on every kid’s letter to Santa will undoubtedly be the Spy Net Video Watch. Any aspiring secret agent will love this high-tech (but low-priced) spying tool n their arsenal. Today, then, we present a Spy Net Video Watch review so you can judge for yourself.

First, here’s a picture of what we’re talking about… 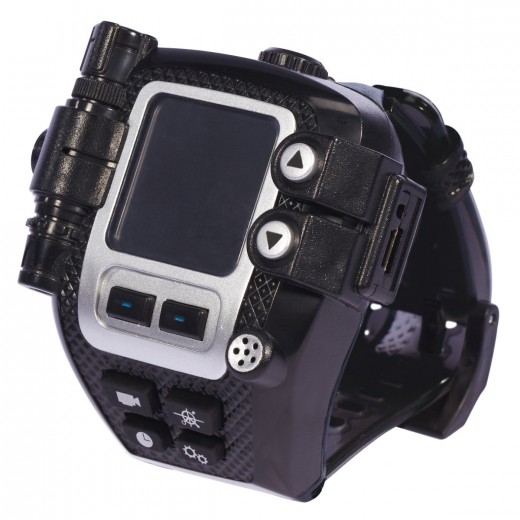 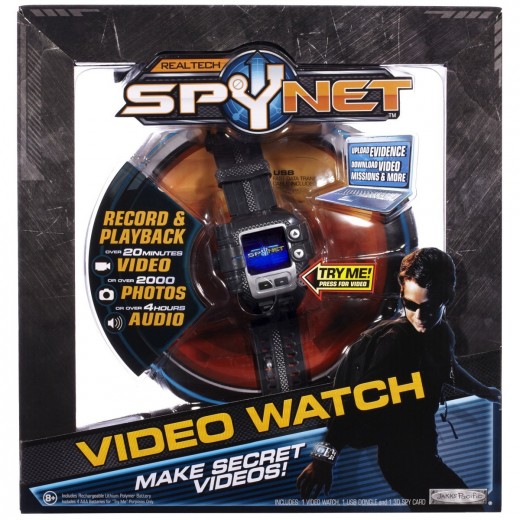 The Spy Net Secret Mission Video Watch is a compact, high-tech surveillance tool that’ll have your kid starting his very own detective agency. The watch comes equipped with a video camera capable of recording and storing 20 minutes up to 20 minutes of video, 4 hours of audio or a whopping 2,000 photos on the internal memory. Photos, video and audio can also be played back on the full color 1.4″ TFT screen of the watch.

Not only is this spy watch great for remote surveillance, but it also includes a built in lie detector that measures stress levels in the voice to detect porky pies. After calibrating the lie detector with a true statement it can be surprisingly accurate at picking out the lies from the truth (so maybe you should deflect any questions about the existence of Santa!).

Finally, the watch also comes equipped with a cool voice changer that can be fun for both kids AND parents. We had a good laugh turning my voice into that of a young girl, and my son Adam produced a startlingly realistic impression of an old man!

Not only can your little spy go out on secret missions of his own, but special missions can be downloaded to the watch from the website of the developer SpyHQ. 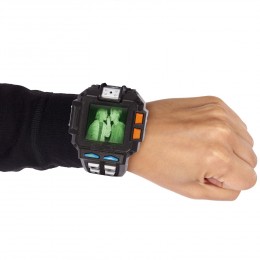 The watch comes with a rechargeable battery and USB charging cable. Recharging the watch is as simple as plugging it into an available USB port on your PC or laptop. It’s fairly power hungry, so you should make sure to leave a USB port available for those times when your little one comes running in after a couple of hours intensive video use (you wouldn’t want to interrupt the interrogation of his sister on the case of the missing GI Joe, right?)

Before you go ahead and buy the watch you should know that an updated version was released for 2012. It’s exactly the same as the original, but this time it has night vision! We’ve yet to test the updated version, but even if the night vision sucks it’s worth buying over the original – especially since the Amazon price for the new version is only $29.99 right now (compared to $38.35 for the original).

So, let’s finish of the review of the Spy Net Video Watch with a little pros and cons list…

We’re giving this 4/5 stars. Apart from the hassle of keeping the watch recharged this is just the perfect toy for any aspiring spy!