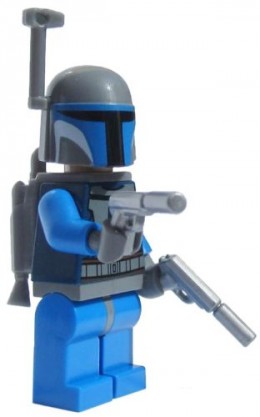 Now, I understand the reasons for the extreme prices of the LEGO Star Wars sets. I know why the LEGO Jango Fett Technic set retails at a couple of hundred dollars. There are three reasons, in fact. The first is that Star Wars will forever be a hot property, and licensing rights don’t come cheap. The second is that LEGO has always been a little expensive – intricately designed toys made from thousands of parts come at a cost. The third, and perhaps most important, reason is that there will always be a small but significant number of Star Wars fans who will pay almost any price for that one perfect set to complete there collection.

It’s a powerful trifecta designed to screw over the regular fan, those of us who just want to play with some cool Star Wars toys (or want to buy them for our kids, giving us an excuse to play with them ourselves). It sucks, but with the right research and a little tenacity it’s possible to find LEGO Star Wars sets and minifigures at an acceptable price.

Today I want to talk all about LEGO Jango Fett. There are three Jango Fett LEGO sets and figures available, and with a little searching we’ve managed to find a way to buy the Fettmeister for as little as $2.50. If you’re interested, read on…

Jango was a famous Mandalorian bounty hunter, regarded as one of the best in history. He was born on the planet of Concord Dawn, and adopted by Mandalorian warriors following the murder of his parents and the disappearance of his sister.

Under the tutelage of the Mandalorians (and his human mentor Jaster Mereel), Jango Fett learned the skills that would lead him to be asked to provide the genetic template for the clone warriors of the Grand Army of the Republic. During his time on Kamino (the location of the cloning factories), Jango Fett was tracked down by a young Obi-Wan Kenobi. Fett fled Kamino to join Count Dooku, where he would be killed in battle by the Jedi knight Mace Windu.

Jango Fett was survived by his clone ‘son’ Boba Fett, who would follow in his father’s footsteps as a renowned bounty hunter.

So let’s take a look at your basic LEGO Jango Fett minifigure. This guy is a simple but exquisitely detailed little dude. He comes with not one but two silver blasters, a cool helmet with rangefinder antenna, and his rocket jetpack. He also has a hair accessory, allowing you to add or remove the hair from his mean, weather-beaten face whenever you remove his helmet.

Now, if you choose to buy an individual LEGO Jango Fett minifigure it’s gonna set you back a whopping $16.99 (OK, so that’s not actually very expensive for a collector, but these things add up). However, if you’d prefer to get much, much more bang for your buck you should instead grab hold of this: the Mandalorian Battle Pack… 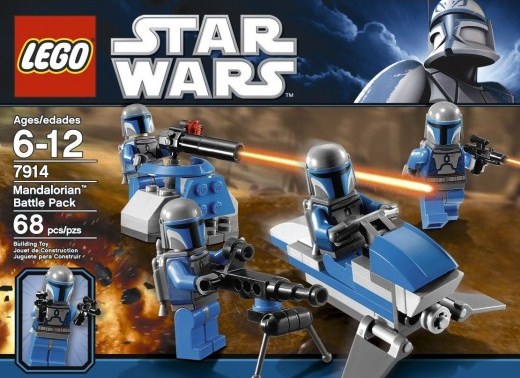 For just $10.57 you can get a total of FOUR Jango Fett minifigures. OK, so technically they’d be Madalorian clone warriors, but who are we kidding? For all intents and purposes the clones ARE Jango Fett, and in the case of LEGO characters there just isn’t any question.

The only difference between the individual Jango Fett minifigure and the Mandalorian Battle Pack clones are in the weaponry. The Jango figure comes with two silver blasters, while the Mandalorian clones come with an assortment of weapons: one sniper rifle, three blasters and a blaster turret, plus a bonus Mandalorian speeder.

So, for a hair under $11 you get a 67 piece Star Wars LEGO set with a vehicle, four Jango Fett characters and a range of weapons. This is a no brainer.

Finally, what article about LEGO Jango Fett sets would be complete without a mention of the fantastic LEGO Technic Jango Fett character. Let’s take a look at this brilliant creation… 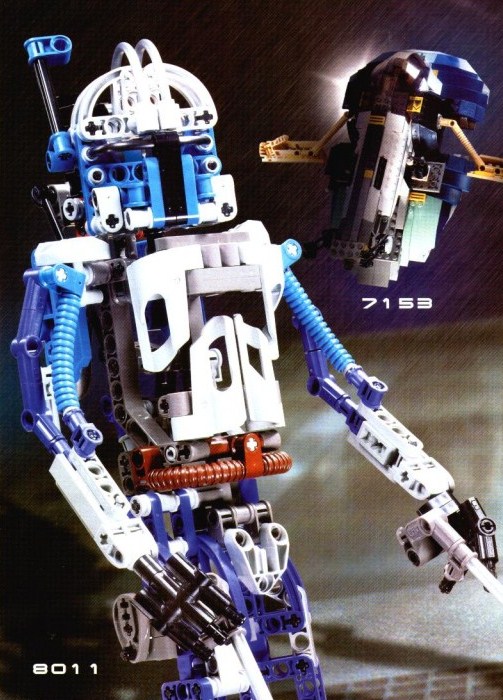 Yes, this is an expensive set. The Techic Jango Fett has been discontinued for several years now, so sets like these are like gold dust. Even with the high price tag, though (the cheapest I found was selling for $135.99) this thing is worth it as a collector’s piece.

The figure is 14″ tall when constructed, and comes in 429 perfectly designed pieces. Best of all, the missile on Jango’s back can be fired by pushing a hidden button on the base of his backpack.