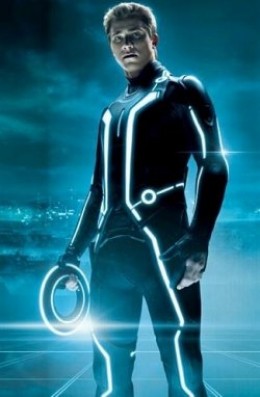 I was an 8 year old boy the year the first Tron movie was released (good Lord, I’m old), and at the time it looked like a glimpse of the future of Hollywood. I left the theater stunned at the sophistication of the special effects. Everything about the movie seemed cool and futuristic, and the memory of Tron stuck with me as the world of special effects moved on to bigger and better things. Even when modern CGI made the special effects in Tron seem quaint and antiquated I still remembered it fondly as my introduction to a digital world.

When it was announced that there would be a sequel, Tron Legacy, I met the news with a mixture of excitement and hesitation. How could they match that initial wonder and amazement now that every movie is packed full of advanced special effects? How could they make a sequel that seemed anything more than a laughable rehashing of the early 80s?

Well, they actually kinda pulled it off. Tron Legacy was a fun movie with an interesting story line (and Jeff Bridges. You can’t go wrong with Jeff Bridges). The Tron costume, though, was what really stood out in the sequel. While the costumes in the original Tron movie weren’t much to write home about – the CGI involved in the costumes wasn’t up to the standard of the rest of the movie – the new Tron costume was incredible.

It may surprise you to learn that the Tron costume in Tron Legacy didn’t involve any CGI at all. The Tron lightsuit is the real deal – it was created using a material called polylight, and it works by electroluminescence (a phosphorescent metal powder was added to the lighted sections of the suit, and then an internal power source was used to make it glow.

In the months since the release of the new Tron movie there has been a lot of interest in the Tron costume from folks hoping to wear a replica to costume parties (or get up to slightly less innocent stuff – I’m sure the slinky, skintight aspect of the costumes hasn’t escaped your notice).

Anyway, we did a little digging and found a range of Tron costumes available for sale. They may not be as advanced as the Polylight suits used in the movie, but they look damned cool.

The man’s Tron costume is available in size 42-46. According to the reviews this should be big enough for most people, allowing a little room beneath the costume for some warm layers. The light strips are reflective, and will look just great under lights.

The woman’s Tron costume, worn by Quorra in the movie, is pretty sexy and revealing, with exposed shoulders and a high collar. Again, this costume has reflective strips covering the body that look very realistic under lights.

Finally, the cutest of the bunch is the kid’s Tron costume. This comes with padded chest and arms ad a reflective sonic weld patch on the back.