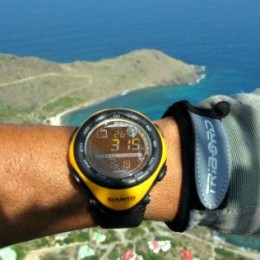 James Franco’s Oscar-nominated role in the 2010 movie 127 Hours was spectacular for many reasons, but today we’re going to ignore the harrowing story and incredible performance offered by Franco to concentrate on one tiny, minuscule aspect of the movie: the 127 Hours wristwatch worn by Franco throughout the ordeal.

Now, as anyone who’s seen the movie will know, Aron Ralston, the guy who found himself pinned by a boulder for the best part of a week, was a pretty active guy, hopping across rocks like a drunk mountain goat. It makes sense, then, that he’d wear a wristwatch designed for use in a tough, dangerous environment.

In the year since the movie was released there has been a lot of interest in the exact make and model of the wristwatch worn by Franco. Here’s a quick look at this great timepiece… 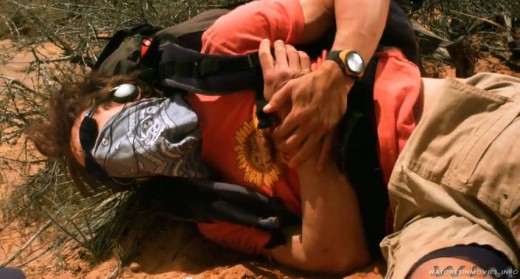 That’s not a great screen grab, I’m afraid, but it’s all I can find without going back to the movie to find a better shot. Even with this indistinct shot, though, it’s easy to identify the watch – if only because I own the thing myself.

I have to say that this is a fantastic watch, and a great choice for the costume crew on 127 Hours. The Suunto Vector is a veritable wrist-top computer with barometer, altimeter, compass, stopwatch and thermometer all rolled into one compact package – basically everything you need when you’re out in the middle of nowhere (though you shouldn’t forget food, water and pants).

For hikers and climbers the Vector provides valuable data to be analyzed on your return home, such as hourly ascent and descent rates – and, of course, if you’re in altitude sickness territory this information can be vital for climbing safety.

All in all the Suunto Vector is a vital tool for anyone standing atop a mountain. My first expedition with the Vector was to the Pamir range in Tajikistan – I’d show you pictures, but at 15,000 feet my camera stopped working. The Vector, of course, went on and on.

Anyway, don’t just take my word for it that this is a fantastic watch. Take a look at what 87 other people have to say about it.